I have bred Himalayan Persians for 20yrs and for the last 18months all at Catmandu Cattery have thrived on Taste of the wild. I would highly recommend Taste of the Wild based on how healthy my Persians & Exotics  are since being on it. 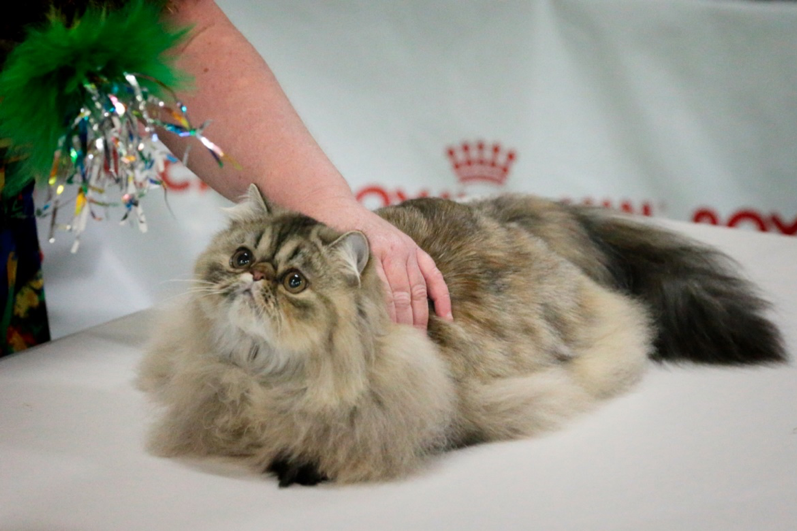 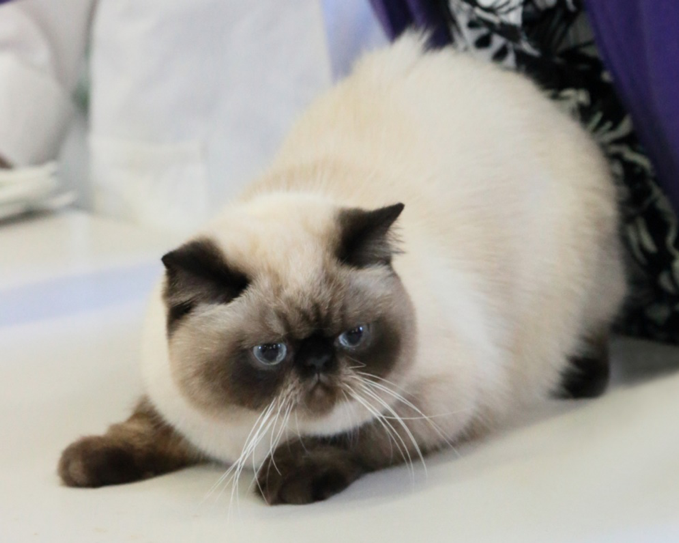 Taste of The Wild helps keep my cats in top show winning condition. 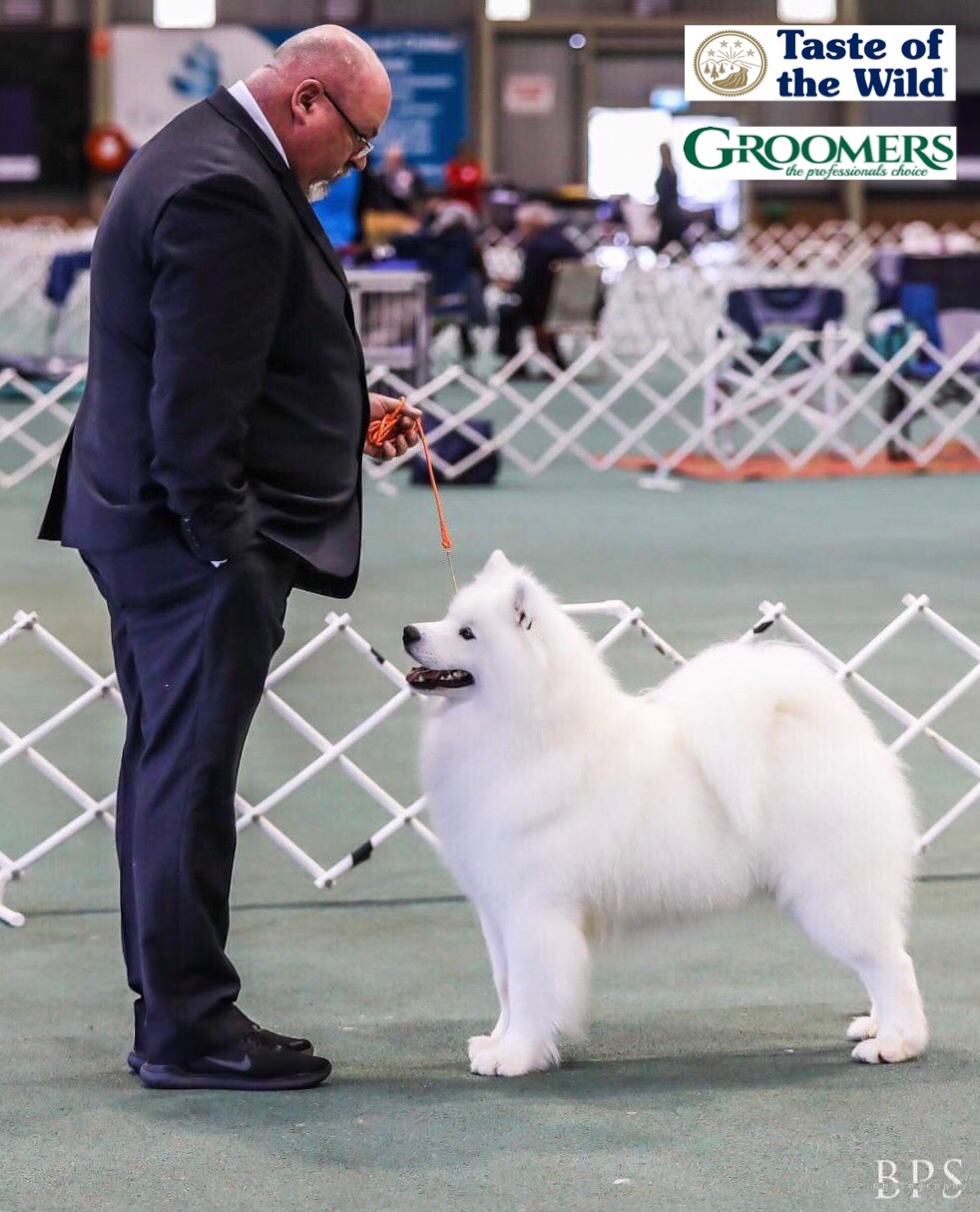 Samloch Samoyeds was established in 1997 when we purchased our first Samoyed Dog. He was purchased as a only a pet but that certainly wasn’t the end of it, in fact it was just the beginning. Twelve months later we purchased another dog but this time we got a girl with the intent to breed her and start our kennels. With this Samloch Kennels was born and in a big way. With our very first litter we produced a girl called Samloch Shakiras Sunlite (Shakira) who went on to be our very first Grand Champion in our kennels. A great result for a first litter. Since then we have continued breeding our beautiful breed and have produced many Australian Champions and producing numerous Best in Show Winners along the way. Our Latest Champion is Samloch Glass Of Merlot who goes back to Shakiras lines and is making a name for himself world wide. We respect in the heritage of our breed and are currently looking at and using dogs from the past to take our breed into the future.Looking after our beautiful dogs is very important to us and we have now been using Taste Of The Wild for over 12 months and have seen some great results with our dogs. Samoyeds are a pack breed so they are often playing hard together and keeping condition on them can be hard work, but since using TOTW we have been very happy with the results. Coat is one of the biggest and best features of the breed and TOTW has also giving us great results in this department. Best of all ALL of the dogs love the food and look forward to dinner time. We are very happy with the overall results we are getting from TOTW.“Respect The Past, Influence The Future” 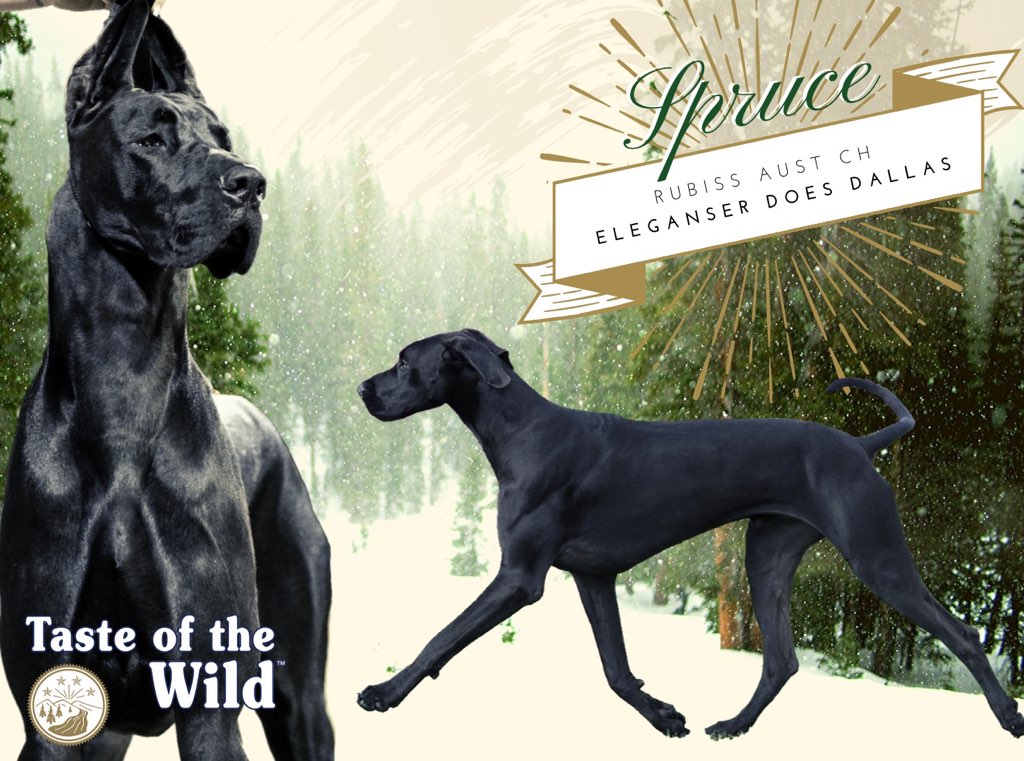 Introducing RUBISS CH Eleganser Does Dallas - Spruce.  Spruce is a multi Best in Group winner, Runner up in Specialty Show Winner from the Junior class, and has won his Class in Group or Show in every age class so far.  He has been competitive at breed level among older, more seasoned dogs from 9 months of age.  As a juvenile, he still has more growth and development ahead, we are excited for what this maturity will bring, and with the best nutrition behind him, we are expecting him to WOW!

Spruce was weaned onto Taste of the Wild puppy as a baby by his breeder, Eleganser Great Danes.  After careful research and comparisons, the wholesome (and short) ingredient list of TOTW was by far the superior product.  Finding a food with suitable calcium and phosphorus ratios for growing giant breed puppies is no easy task, and Taste of the Wild Puppy passed the test with flying colours.

Taste of the wild has been the basis of Spruce's diet his whole life, and he always receives glowing compliments on the quality and shine of his coat, and his even growth in a breed known for its "awkward" stages.  Appropriate nutrition is essential for laying the foundations of this GREAT breed to grow into healthy, strong adults with dash and dare to spare. 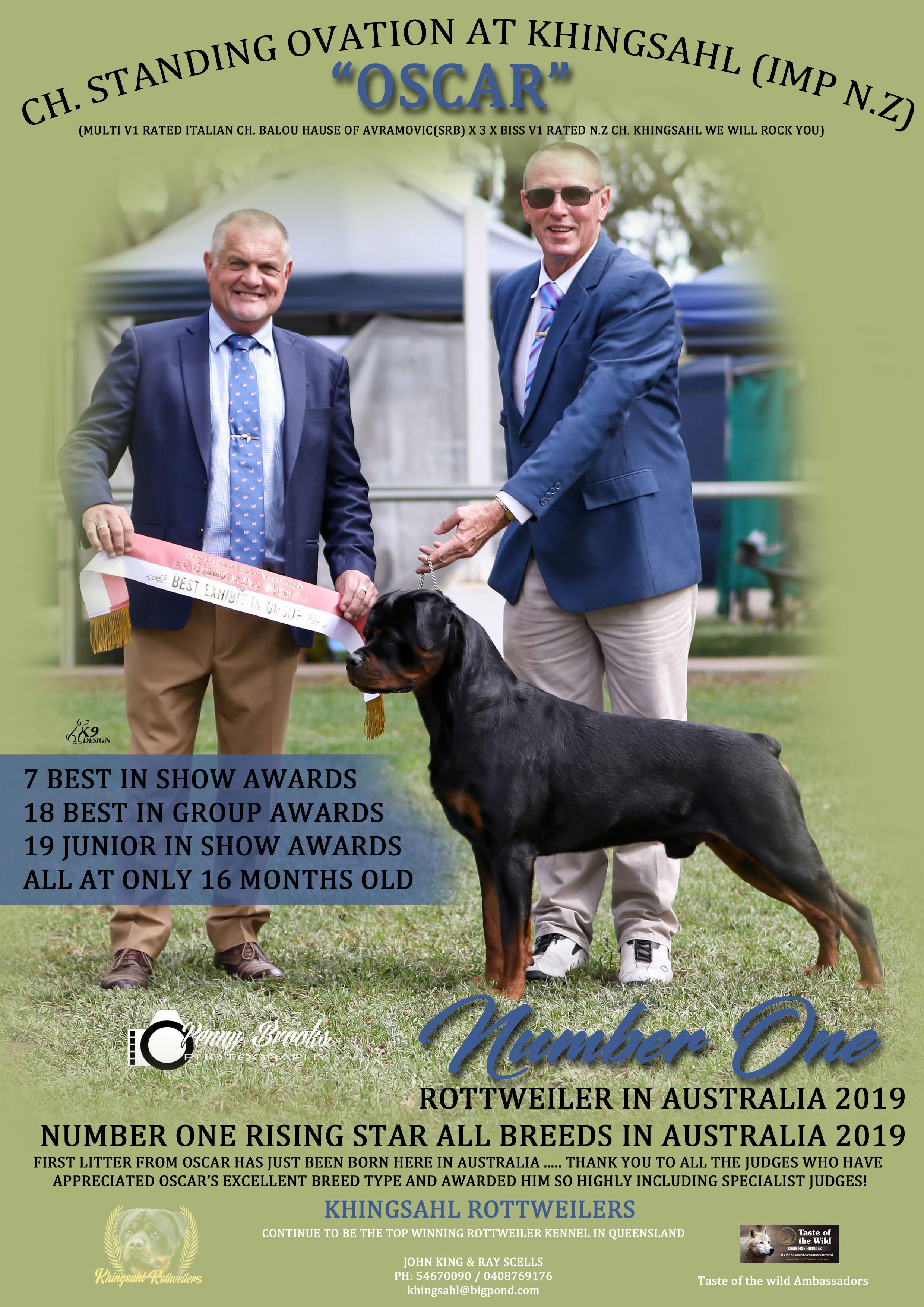 We have been involved in the Rottweiler breed for 31 years and have bred/owned over 80 Australian Champions and just this year our nine month old puppy “Oscar” won back to back Best in shows which gave Khingsahl Rottweilers their 100thBest in show.

We started using Taste Of The Wild in May 2017 and by December 2017 our boy “Flash” won another 15 Best In Show Awards to finish the year as the number one Rottweiler in Australia and the number one Utility Dog in Queensland and became a Supreme Champion.  Not only has Flash excelled on Taste of the wild but all our show dogs that are on Taste of the wild have had outstanding results with Flash’s Grandson “Rafa” not only gaining his Australian Championship he is also the number one Rising Star Rottweiler in Australia and the current number one Rising Star Utility dog in Queensland.

Although retired from the show ring our Nine year old Patrick who is the most awarded Rottweiler in the All Breeds ring in Australia with 38 Best in shows, has been on Taste of the wild for the last 12 months and we have never seen him in better condition than what he is now.

KHINGSAHL ROTTWEILERS ARE VERY PROUD TASTE OF THE WILD AMBASSADORS!